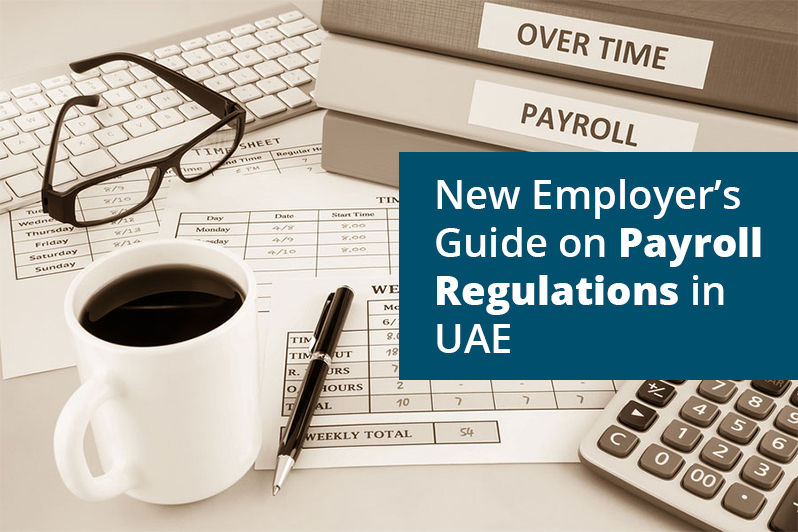 Many businesses in the country rely on payroll outsourcing in UAE in paying their employees. Payroll processing in the UAE can be very complex due to the regulations and regular legislative changes. The number of company employees also have an impact on the complexity of payroll. It is important to note that paying employees late or incorrectly in UAE can result in administrative fines and employees for employers. It is most certainly serious business.

When should a business perform payroll processing in UAE?

Workers employed for a monthly or annual wage are to receive their wages or salaries at least once a month during the due date and not more than ten days from the end of every salary period. When such period is not mentioned in the employment contract for each employee, an employer or business in UAE has to pay an employee once every fourteen days. Payment also must be in UAE’s national currency and is to be done during working days.

Does UAE have a basic salary or total salary?

There’s also no minimum salary that is stipulated in UAE labor and employment legislation, but it mentions broadly that the employees’ salaries are to cover the most basic needs. Article 63 of relevant regulations in UAE mentions that minimum wage and the index for cost of living will be determined in general or a particular area/profession and consent of UAE Cabinet.

What is the penalty for businesses failing in paying salaries on time?

For employers that have over 100 employees, consequences for failing to pay salaries of employees for more than ten days from agreed due dates are as follows:

For companies that employ over 100 employees and delay wages over sixty days, an administrative fine of Dhs 5,000 for each employee whose salary is delayed is going to be levied. A maximum fine of Dhs 50,000 will be imposed in the case of delayed wages for multiple workers.

For employers that employ less than one hundred workers, failing to pay employees’ salaries within sixty days from agreed due dates will have to face the following consequences:

If companies commit such violations twice or more in a span of one year, the local authorities will apply the penalties that are applicable for employers with more than one hundred workers.

How should employers pay the salaries of employees in UAE?

In accordance to the Cabinet Resolution (no 739) of 2006 related to Protection of Wages, employers in UAE registered with the local economic authorities are to subscribe to the Wages Protection System or WPS. Wages are to be paid through this particular system on the due dates.

Salaries of employees under the system are going to be transferred directly onto each of the accounts of employees in financial or banking institutions authorized by UAE Central Bank to offer service. Local economic authorities are not going to process transactions or be dealing with owners of businesses which aren’t registered in the Wages Protection System until they’re registered.

According to Cabinet Resolution (no. 15) of 2017, fines apply for all actions which involve fraudulent use of UAE WPS, which includes:

Is payroll outsourcing in UAE legal?

Majority of businesses in the country are outsourcing non-core functions to third party organizations that can perform the tasks more efficiently and economically.

To know more about payroll processing and payroll regulations in UAE, contact us here in Payroll Middle East today!

Enter your e-mail below to subscribe to our free newsletter. We promise not to bother you often!

Scroll back to top