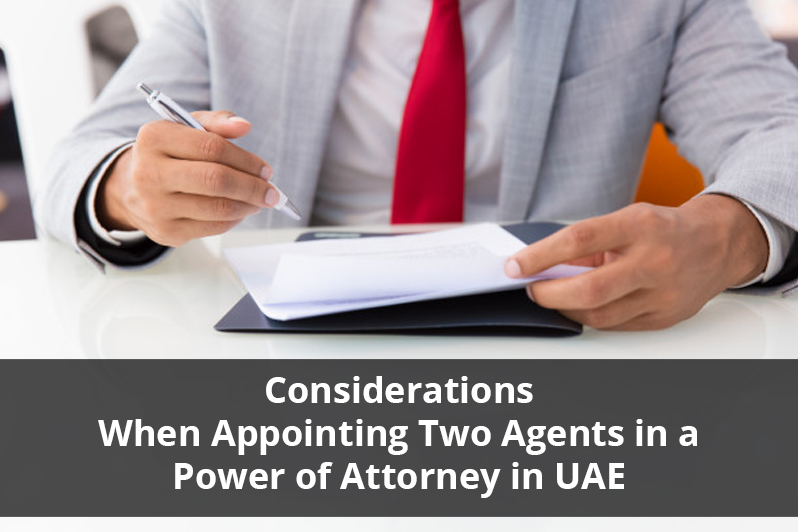 When you have children, it’s very likely that one stands out to be more responsible and trustworthy compared to the others. But, if you only name one child as your agent for your power of attorney in Dubai, conflicts can arise. Appointing one child may nurture bad feelings and distrust among the siblings that were excluded.

Most people resolve this by appointing two or more agents in a power of attorney in UAE.

key considerations when appointing two agents for legal document such as a power of attorney:

You should know Benefits of PRO Services in Dubai

Keep all these points in mind as they can go a very long way in making sure the rights and interests of a principal are properly safeguarded. If you need more information regarding the probate process in UAE and executing a power of attorney, call us here in Payroll Middle East to talk to our seasoned PRO’s.

Enter your e-mail below to subscribe to our free newsletter. We promise not to bother you often!

Scroll back to top